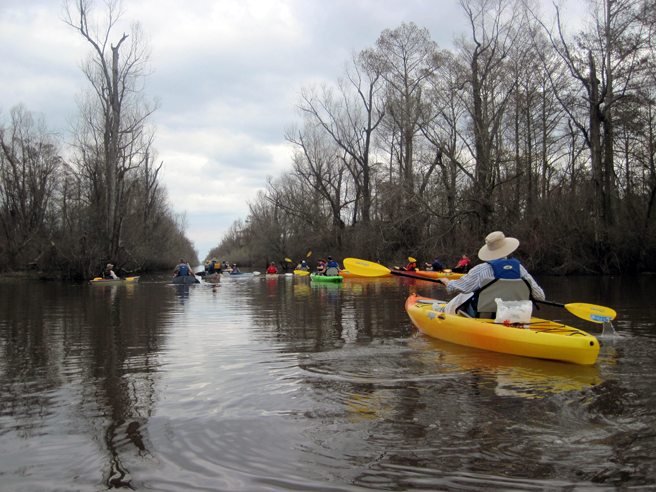 This particular paddle is one of my favorite in the swamp, actually it’s hard to have a definite favorite because it is all so beautiful for so many different reasons.  You get a real taste of the swamp on this relatively short paddle, 5.86 miles according to google earth, and it is a loop which never happens.  You can add a couple of miles to this path by doing the larger loop and coming back down the pipeline. 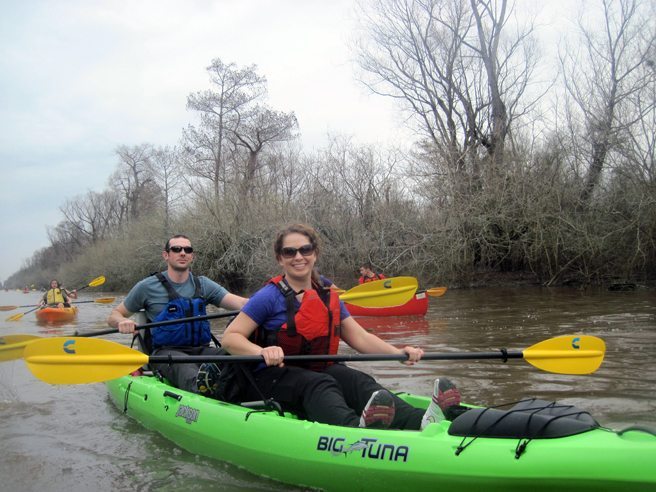 We launched at West Dixie Landing which has lots of parking and a bathroom. We followed the old paddle trail that used to have wonderful markers to keep you on track, unfortunately most of those have disappeared which makes it hard to find your way. We took a wrong turn at one point but realized that really soon and turned around to find the turn we missed. I personally like to paddle down the many narrow crawfish trails and just get lost for a few hours between the protection levee and Lake Fordoche. There are some beautiful trees out here and the wildlife abounds in the spring and summer months.

We saw a few yellow-crowned night herons not long after we launched and later some little blue herons, great blue herons and several songbirds.  No alligators today but I did see a southern painted turtle sunning itself. We saw some old growth cypress that were not logged a century ago like all of the others. 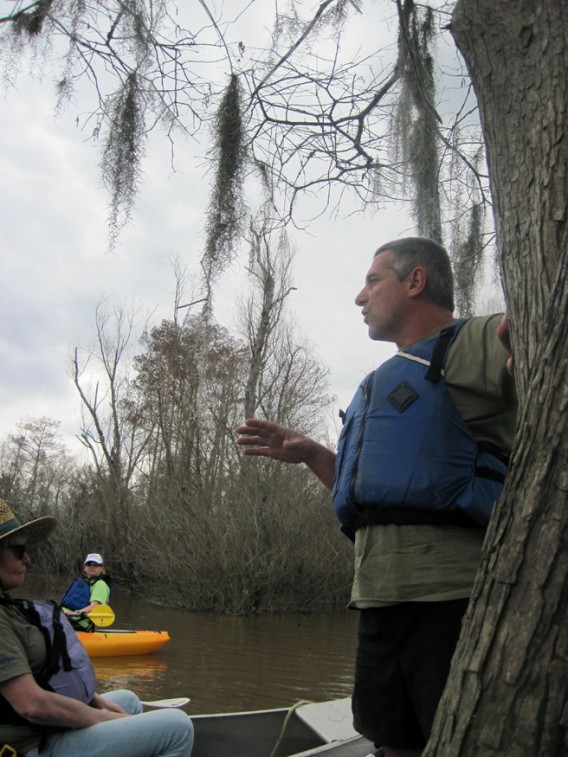 Dean Wilson, the Atchafalaya Basinkeeper explained that as the 200 foot tall cypress were felled long ago, some fell atop other smaller cypress trees breaking the crown and causing enough damage to not be viable to log. There was also some that were hollow and others diseased which saved them from being felled.  He also talked about how he got started as an advocate to save the swamp; he was a fishermen when he became aware of the logging cypress to be used as mulch.  He started following trucks to see where they were going and found that they were putting the entire cypress tree in mulching machines then putting the mulch in bags that said it was sustainably harvested in Florida.  He managed to stop this sort of logging after years of fighting for our natural resources, the cypress and the ecosystem in which it is king.

The problems in the swamp have changed over the years, yet he has not been deterred, adjusting to every injustice and fighting for what is right. Today we are all facing another affront towards our forests which few know about. Cutting of our forests to make wood chips that will be shipped to Europe to use in restructured coal power plants. Yes that does mean that our forests will be shipped across the ocean to be used as fuel and erroneously called a “green fuel.” I for one want to keep our forests so we can use them as they were intended. 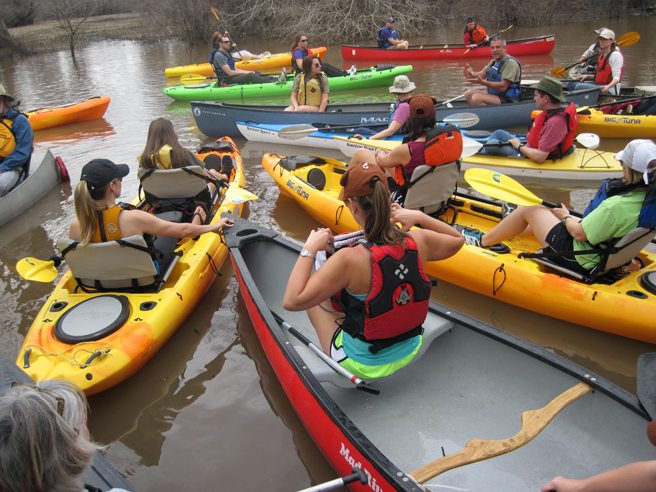 A cypress forest to paddle through to fish in and to hunt during low water season and a hardwood forest for bird watching, hunting and hiking. There are many other reasons to spend time in a forest but they are too many to list and different people go into a wild area for different reasons.

Our swamp however is the largest cypress swamp in the United States and I really want those that come after us to be able to enjoy it as I do and I want fishermen to be able to make a living in it like they do today. That is indeed part of our Cajun culture. 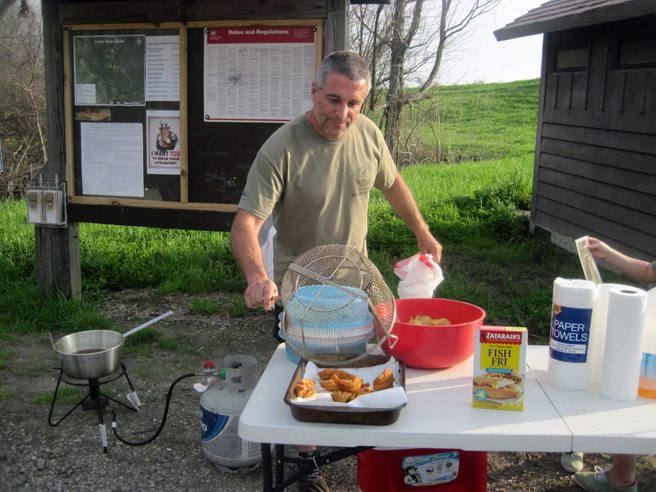 Dean and Syliva set up a fish fry while the rest of us loaded boats and took care of other things.  The fish are always delicious as were the hush puppies and of course the drinks were welcome. 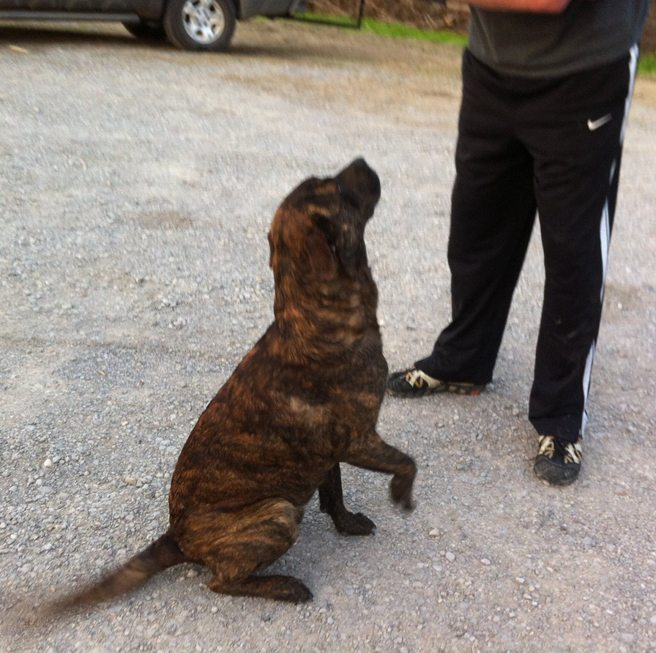 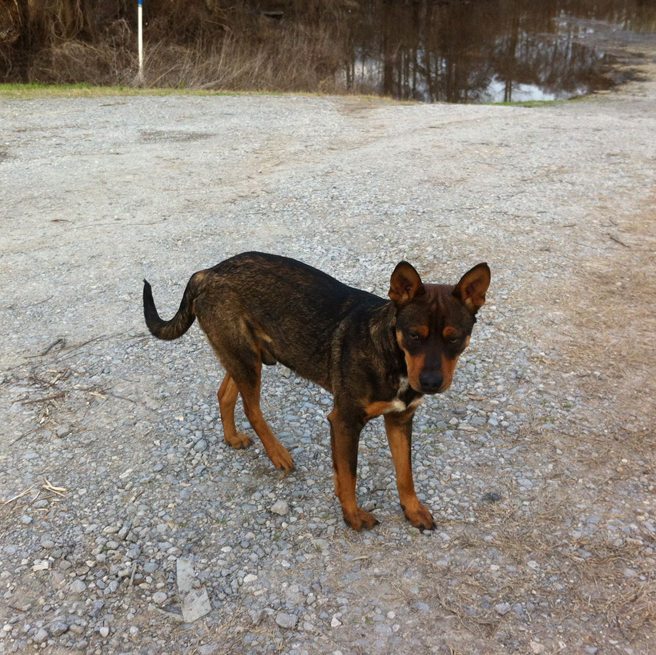 For anyone wondering about the dogs. I returned Monday afternoon to feed them and was hoping I would find a foster home for them the next day.  The smaller dog didn’t eat with the large dog, he just sat there by my truck looking up at me with those sad dog eyes. So I took them home for the night and then over to a foster rescuer who takes in dogs, horses and goats.  It would be great if you could share the dog story with your friends, maybe one of them could adopt.

With your help, we were able to raise over $1,000 to help fund the Atchafalaya Basinkeeper Program! Great job!!! 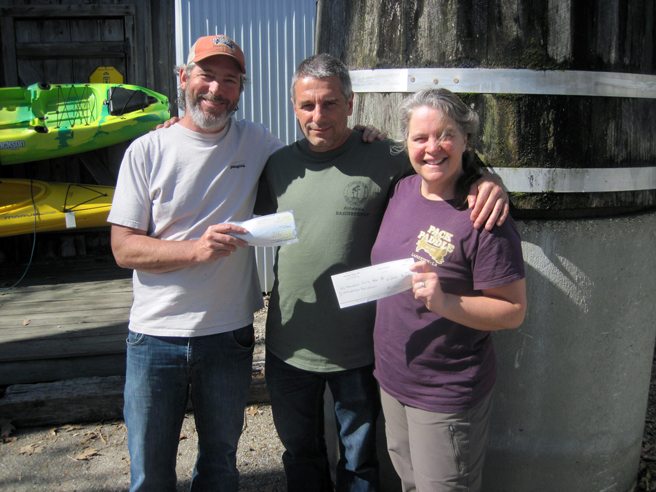