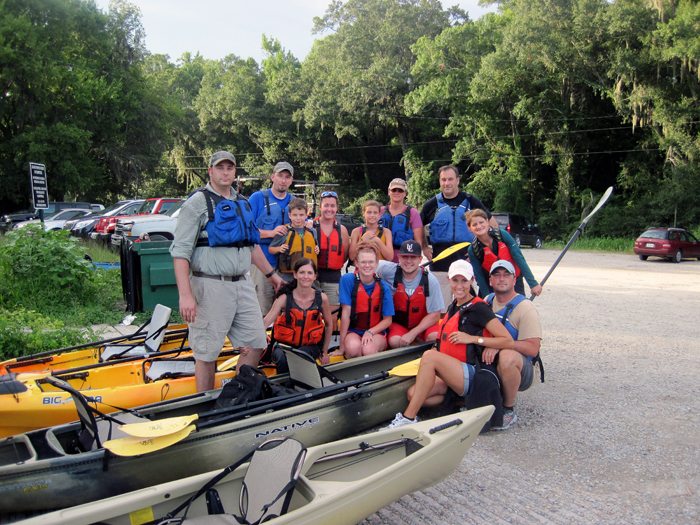 We had a adventurous start to this trip around Lake Martin due to some minor technical difficulties, but it worked out for the best since it allowed us the perfect departure time to witness summers biggest and brightest full moon of 2014.

This “Super Moon” is the closest the moon will be to the earth in 2014 and was a privilege to witness the moon in all its celestial glory.  We started our trip out around East side of the lake, through the cypress where we saw two small alligators swimming in the shadows of the cypress.  In addition we saw several herons and egrets perched in the trees and on logs. 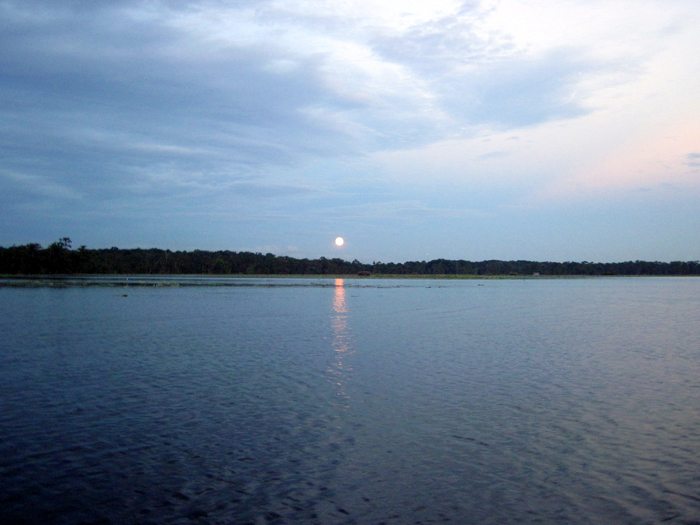 As we paddled around the Rookery boundary one particular Great Egret with its distinctive yellow bill and black feet ignored us as it stood still on a partially submerged log looking for dinner as we moved along the boundary of the Bird Rookery.  As the moon started to appear, we moved North for 15-20 minutes then broke into open water to avoid the congestion of Water Lily’s and maximize our view of the new Moon. 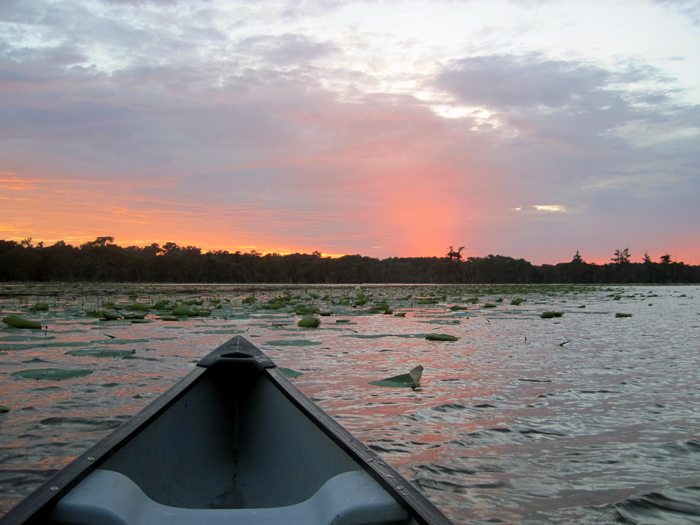 After a few minutes of hard paddling we reached the North side of the lake and were treated to a spectacular view of the moon that was previously partially obscured by clouds.  After a brief rest and some time spent howling at the moon, we began a leisurely paddle back to the boat ramp and a delicious dinner of Red Beans and Rice provided by Hub City Diner.

My personal thanks to the excellent group of folks we had on this trip and I look forward to seeing you all again!  This trip was a memorable highlight of my year. 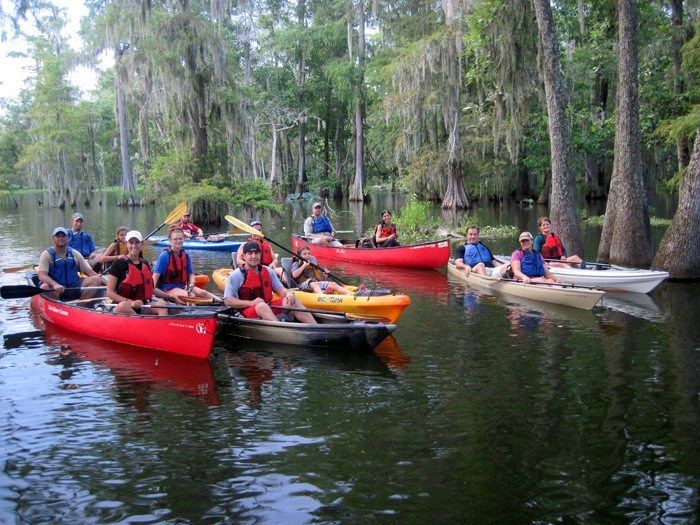