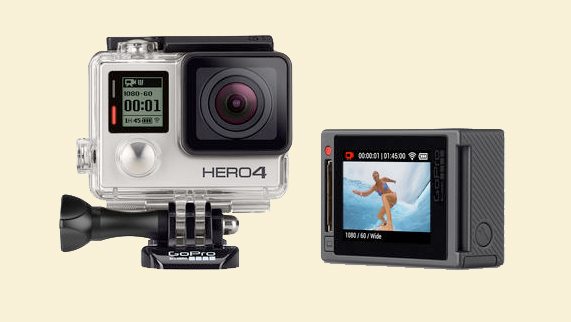 The new GoPro cameras are in stock!! The HERO4 is the highest performance line of cameras the company has ever made!
It’s available in three editions, HERO4 Black, HERO4 Silver, and HERO.  The GoPro HERO4 has powerful new features to make it easier than ever for you to capture and share remarkable, professional quality footage of your most exciting experiences.

Take a look at the three editions:

The perfect entry-level GoPro.
Featuring high-quality 1080p30 and 720p60 video, HERO delivers the same immersive footage that’s made GoPro one of the best-selling cameras in the world—all in a simplified experience that’s easy for everyone. 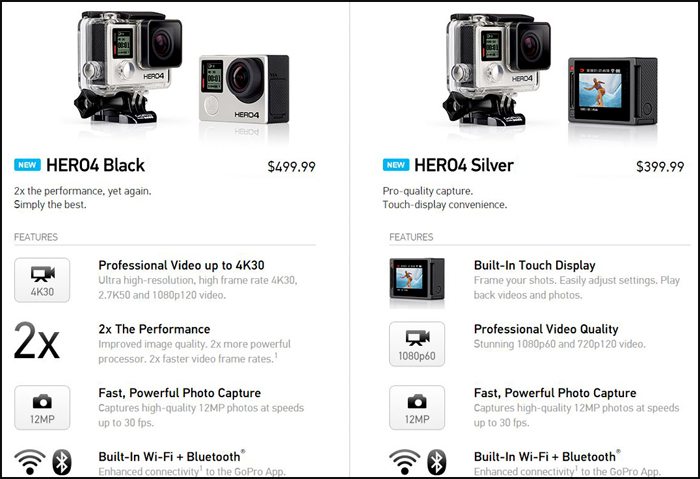