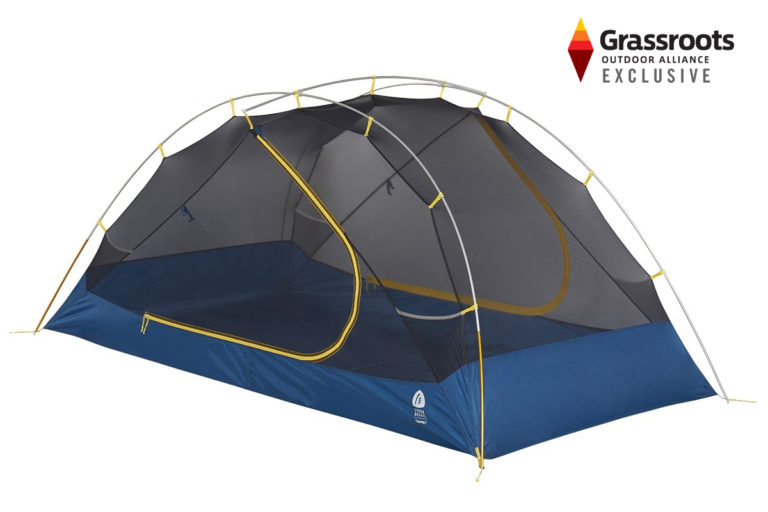 The Clearwing is a 2 door, 2 vestibule fully freestanding backpacking tent with walls so steep, they’d be hard to climb. Hoop poles over the doors provide vertical sidewalls and tons of interior space, and a full coverage, vented rainfly keeps the weather at bay. A hubless pole system allows the Clearwing to pack down small into its burrito bag.

Write Up from Outside Magazine Gear of the Year Award:

It used to be that you really had to shell out for a tent that was both lightweight and reasonably roomy. Not anymore. Sierra Designs made this tent to compete with value-focused offerings from big-box chains and online stores. Normally, that’s a red flag, but we think the Clearwing 3 is the new category killer. It may not look that way on paper: the price ($280), peak height (46 inches), doors (two), and vents (two) are comparable to the competition. The 46-square-foot interior is a bit smaller than some other three-person tents. But where it matters—in the outdoors—the Clearwing sails to victory. It uses three individual poles that snap together; with help from color coding, the tent was easier to set up than the cumbersome multi-hub systems most manufacturers use. The Clearwing’s cross pole pushes the side walls vertical, adding elbow room and keeping rain from dripping inside when the doors are open. Three big dudes happily hung out in this tent during a damp weekend, and it felt plenty big enough for a couple on a car-camping road trip. Plus, it weighs a pound less than a typical three-person backpacking tent. It’s also more packable: the poles collapse a couple of inches shorter than usual, and the burrito-style stuff sack opens wide, making it easy to fit everything in. Overall, the Clearwing is proof positive that space, weight, and price can play nice like never before. 5.8 lbs

We carry the 2 person and 3 person Clearwing in stock.