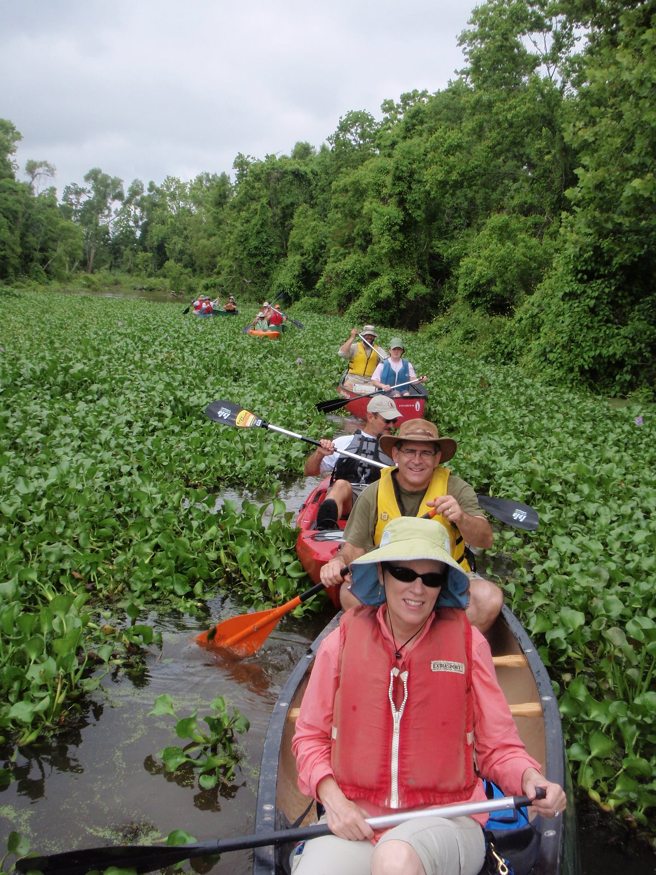 Buffalo Cove is a remote area of the Basin that provides paddlers with a true adventure.  It’s access and navigation requires a higher level of attention than most of our other routes.  Also, the paddling distance and the currents provide additional challenge for paddlers.  The payoff?  Imagine paddling through a flooded forest of Cypress and Tupelo.  Your only likely neighbors are the migratory and wading birds and the occasional crawfishermen that frequent these waters.  A true Louisiana adventure!

Conditions to consider:
The current in Bayou L’Embarras (Also known as the GA Cut) generally flows North to South.  It can range from mild to quite swift.  If you don’t want to paddle against a strong current from the south end of Buffalo cove – consider doubling back once you’ve explored Buffalo Cove and returning from the way you came.  Also note that water hyacinth can build up in the south end of Bayou Gravenburg.  You can usually bull through these and they will clear up once you are into the trees.

Also note:  The carry over on the map marked at point 2 is now dammed up by the corps of engineers.  Point 2a can be identified by looking for a large bayou on your right and a camp on the left bank.  Point 2a is just north of the camp. 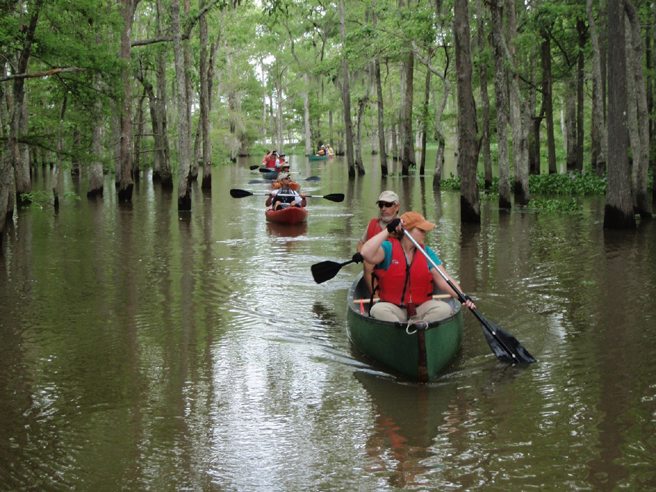 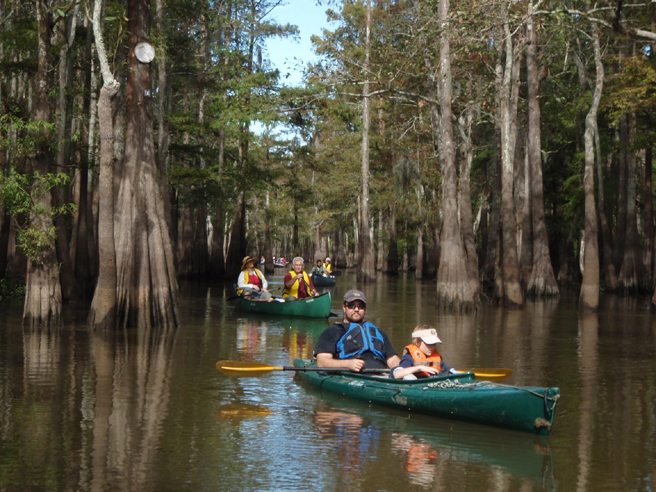 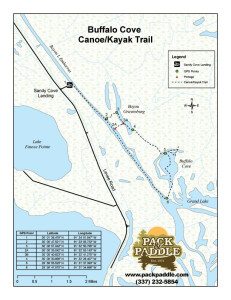